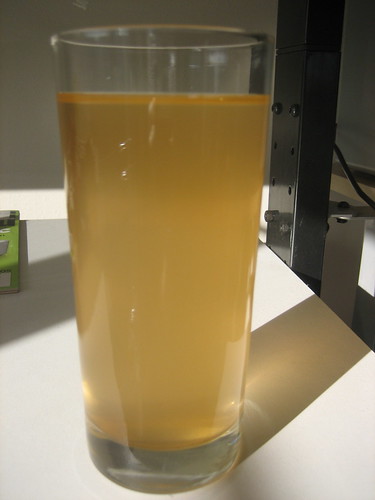 After I got out of the shower I turned on the sink tap and filled a sink full of the brownish-red water, then went downstairs and called the water company. It turns out somebody opened a hydrant and that caused rust to flake off the pipes.

So, if you've got rusty water, don't wash light colors and let your taps sit for three or four hours then turn them all on until they run clear.

So now I've got a glass of water that I'm letting settle out to see how much rust I've got in my water. Here's a close up.