Slippery when Covered in Ice and Snow 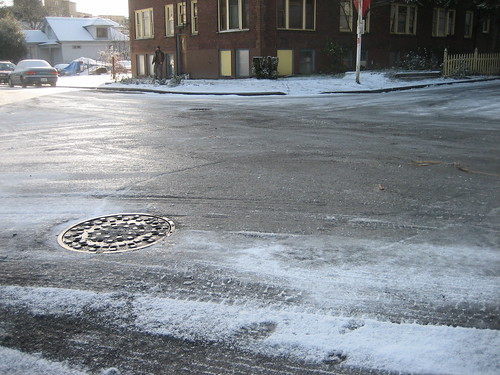 When it has just snowed, and the roads are all slick, stick to the main roads. 20th Avenue at E Denny saw more traffic in half an hour than it usually sees in an entire day. Even then most of it was stopped because they were waiting for people to back down E Denny after a failed ascent.

Also, pay attention to the nice young man who is directing you out to Madison. He knows you won't be going fast enough to go up the hill because you're starting on ice.